REGISTER FOR PROGRAMS LEARN TO SKATE/ LEARN TO PLAY 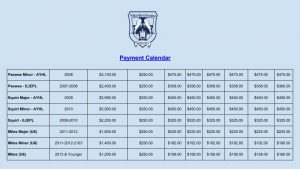 About the WBS Jr. Knights

The Wilkes-Barre/Scranton Junior Knights are a USA Hockey-sanctioned team led by Head Coach / Director of Knights Hockey, Alex Vasko.   The Knights have teams ranging from mites to peewee. The WBS Knights teams play in the Atlantic Youth Hockey League (AYHL).  The AYHL is the premier Tier I AAA travel league on the East Coast. It is comprised of over 125 teams from the Atlantic, Southeast, New York and New England Districts. WBS Knights also have teams in the Eastern Junior Elite Prospects League (EJEPL).  The EJEPL was created to prepare players to become the Junior, Prep School and College recruits of the future. Many of the owners of top Junior programs, top Prep School programs and AAA Youth organizations regularly scout the EJEPL and it’s (90) partner organizations

The Wilkes-Barre/Scranton Knights are a USA Hockey-sanctioned Tier I youth ice hockey team from Pittston, Pennsylvania.  In 2012, the Wilkes-Barre/Scranton Knights Bantam Midget AAA team became just the sixth Pennsylvania squad to win a USA Hockey youth national championship. In 2015, the Knights’ junior hockey organization purchased the dormant Dawson Creek Rage franchise in the Tier II North American Hockey League (NAHL).  The NAHL players, ages 16–20, carry amateur status under Junior A guidelines and hope to earn a spot on higher level of junior hockey teams in the United States and Canada, Canadian Major Junior teams, Collegiate teams, and eventually professional teams. Few NAHL teams can boast the type of success that the Knights have had since their expansion season in 2015-16. The Knights have made the NAHL playoffs in each of their first three seasons, culminating in a NAHL East Division Championship and Robertson Cup Finals appearance in 2017-18. The Knights organization was named the NAHL East Division Organization of the Year for the 2017-18 season. The Knights NAHL & EHL teams are led by one of the best hockey operation staffs in the North American Hockey League. 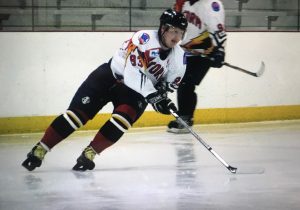 Coach Ray Giroux – WBS Jr. Knights Coach and Revolution Learn to Play Director Coach Giroux is a Canadian ice hockey defenceman that played with Metallurg Novokuznetsk of the Kontinental Hockey League (KHL). Giroux, who shoots left, played collegiately at Yale University. During the 1997–98 season, he captained the best team in school history as Yale won their first ECAC regular season title (Yale has since won another regular season title in the 2008-09 season) and advanced to the NCAA tournament after only having been picked to finish in 10th place at the beginning of the season. In addition to being a 1st-team All American, Giroux was named ECAC Player of the Year as well as the league’s best offensive defenceman and was one of ten finalists for the Hobey Baker Memorial Award, given annually to the nation’s top collegiate player. Giroux spent time in many NHL organizations before leaving the US to play overseas. He has played in the AHL for the Bridgeport Sound Tigers and in the NHL for both the New York Islanders and the New Jersey Devils. Playing for Ak Bars he became Russian champion (2005/06) and IIHF European Champions Cup winner (2007). Giroux made his Kontinental Hockey League (KHL) debut playing with SKA Saint Petersburg during the inaugural 2008–09 KHL season. He participated in 2009 Kontinental Hockey League All-Star Game. 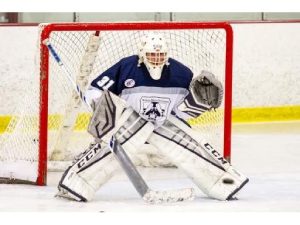 FAQ’s & General Information on Youth Hockey As players navigate through tryouts and get chosen on a team, sometimes players are given a different message.  There are many forces that create top athletes / hockey players and it is often misunderstood how important each of the different forces are.  At different age groups, players have different opportunities for playing hockey in United States and Canada:

Within each age group, there is opportunity to play at different tiers and levels. It is often confusing how programs use the word AAA or Tier 1 or Elite.  Depending on where you live in the country, AAA, AA, A, B, C, House, Tier 1, Tier 2, Tier 3, and Tier 4 all mean different things. Tiers are designated by USA hockey and they represent levels of hockey for state, regional and national competition. Tier 1 is the highest level and USA hockey offers National Championships at U14(Bantam), U16(Midget Minor) and U18(Midget Major) levels. Tier I hockey is subdivided into Major and Minor teams. Minor teams are comprised of first year players at that level and Major teams are comprised of second year players. Major teams at the Peewee level and above are eligible for the USA Hockey National Championships. Within each organization teams are separated by letters. The top teams are usually AAA, followed by AA, A, B, C, and in-house at each respective age group. Despite the different terms, a AAA team in one organization may not be any better than a A team in another organization. Travel Hockey organizations in many part of the country are not allowed to have AAA teams at all or at different ages.

What does it mean to reach higher levels of hockey? Playing higher levels of hockey doesn’t mean you have to play AAA or Tier 1 at younger ages, it means that you have to find the right program and coach. Development at younger ages means a lot different than older ages. Most players are not scouted until they are Bantam Major or older. Rarely a player will be touted about when he is a Pee Wee Major. Hockey development is unusual in that the best players in their younger days may have played A, or house instead of the highest levels in their respective organizations. It is unfortunate but the higher designation with extra A adds cost to hockey. It is often benefited with more ice time and higher level coaches.  More puck touches on a smaller lower level team might be more beneficial than no or low puck touches on a higher level team. Other components play factors to creating opportunities for players also:

As mentioned earlier, scouts for junior and college teams come to see players that are in their Bantam and Midget years. Size, interests, skills change rapidly as player grow, puberty and external forces begin to impact hockey players. Also, use injuries become more prevalent. Athleticism, conditioning, speed, talent separate players at this age. For this reason, players are encouraged to be at the top of their games by bantam major. Players have the greatest development between the ages of 10 and 14. It is these years that define their future in hockey at the higher levels. There are many paths to Division 1, Division 2/3 and pro hockey. There are many intermediate steps along the way. There is no right path or direct path. The best players will be found but to become the best a player, players will need to compete against the best and get high level coaching.

Revolution Ice Centre runs various camps and clinics throughout the year.  Click here for the latest info on Camps & Clinics

This diagram will show the progression of a skater at the Revolution Ice Centre. Skaters can progress from learn to skate, to in-house leagues, to the WBS Knights youth program, to college, and then to adult leagues all in one facility. 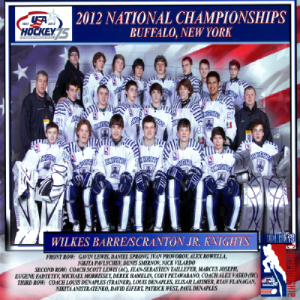 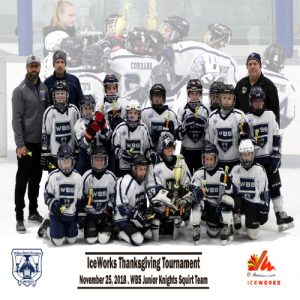 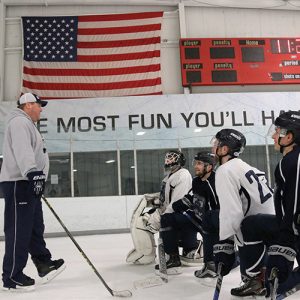 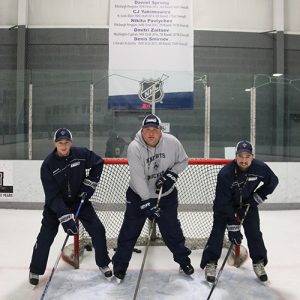 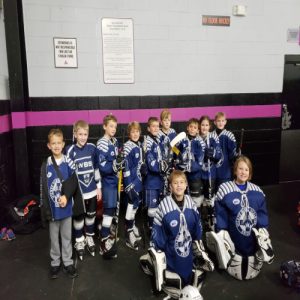 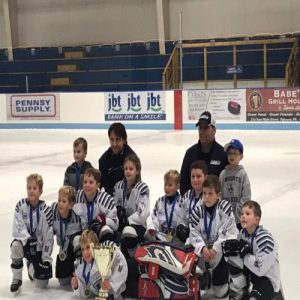 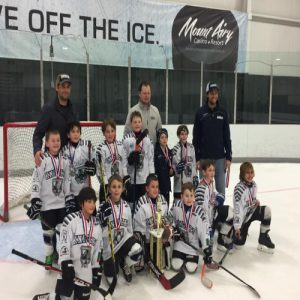 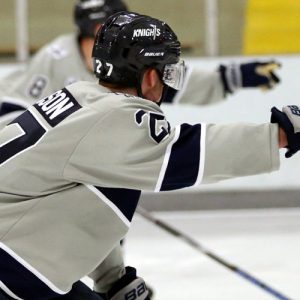 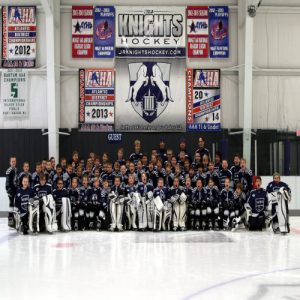 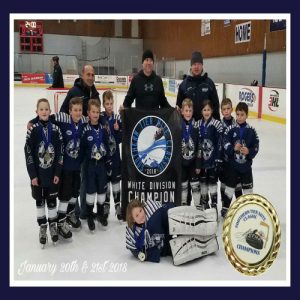 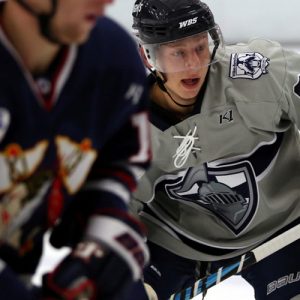 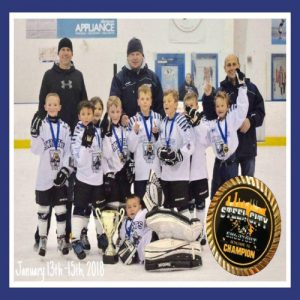 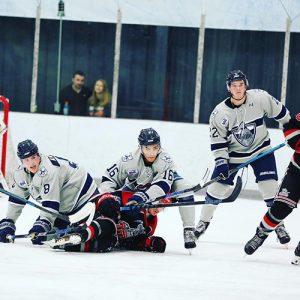 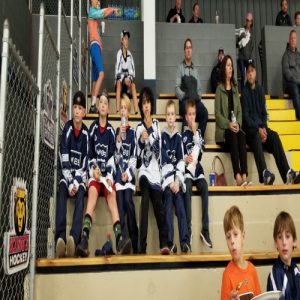 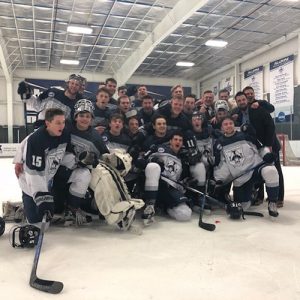 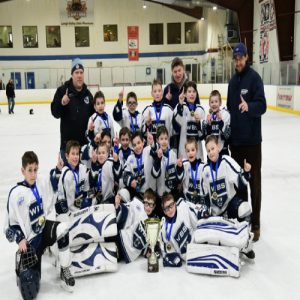 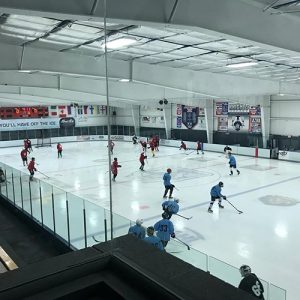 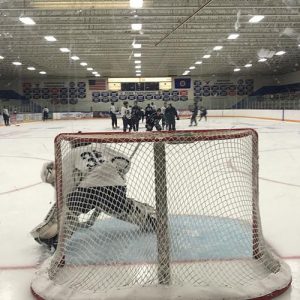